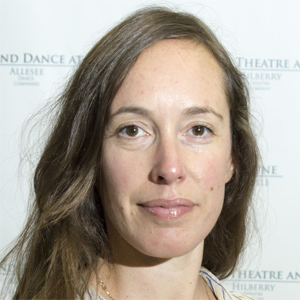 Biba Bell (b. 1976, Sebastopol) is a writer, dancer, and choreographer based in Detroit. She earned her Ph.D. in Performance Studies from New York University. Her performance work has been shown in France, Russia, Germany, Italy, Canada, and across the U.S. She was a 2016 Kresge Arts in Detroit Fellow, a 2015 DAAD guest professor of Experimental Performance in Germany, and is an Assistant Professor in Dance at Wayne State University. Her research interests include contemporary choreography, site-specificity, domestic labor, architecture and performance, and dance in the museum. She edited the 2nd issue of Detroit Research Journal, /On Dance, and was co-editor of Movement Research's Critical Correspondence 2014-2016. Her writing has been published in Dance Research Journal, Movement Research Performance Journal, Pastelegram, Performance Research Journal, Sound American Journal, and FRONT. Bell has been highly impacted by her work as a founding member of the collective MGM Grand (Modern Garage Movement, 2005-2011) and performing with NYC-based choreographers Maria Hassabi and Walter Dundervill amongst others. Of her dancing the New York Times writes "It’s invigorating to watch someone who borders on wild."