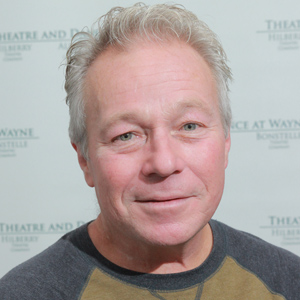 Wayne Parker has been a working professional actor for 40 years, appearing in over 200 productions in his career. He is a resident artist at Purple Rose Theatre and is proud to have been a member of The Attic Theatre while he was still in college. Wayne has been nominated for a Wilde Award seven times and has won four times, along with winning the Lee Hills Life Time Achievement Award from the Detroit Free Press. He has appeared in 19 feature films, most notably Escanaba in da Moolight with Jeff Daniels and Have a Little Faith written by Mitch Albom. Wayne is also a voiceover artist with many national credits, including the national voice of Pennzoil 2011-13. He is a certified fight choreographer and has staged many fight scenes at both the Bonstelle and Hillberry theatres. Wayne teaches Acting For the Camera and Voice Over for the third year MFA students and Acting and Scene Study for undergraduates.