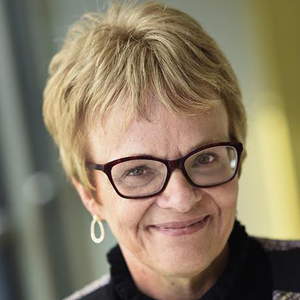 Mary Elizabeth Pratt Cooney, director of undergraduate recruiting and retention, is a graduate of Wayne State University (MFA and PhD). She has conducted workshops and taught and worked as a drama consultant in the Detroit Public Schools and in Oakland, Wayne, Macomb and Washtenaw county schools. She has taught at Eastern Michigan University and presented at numerous conferences both here and abroad.

Guest Teacher. School of Education, on request, I visit classes where a unit on drama as tool for learning can be useful. This helps generate interest in enrollment for summer classes. It also builds awareness of drama as a tool for teaching throughout the school.
Directing a brief play in Capstone class that became a freshman orientation piece for the next year's incoming students, 2005.
Taught a teacher in-service for Macbeth, January, 2004.